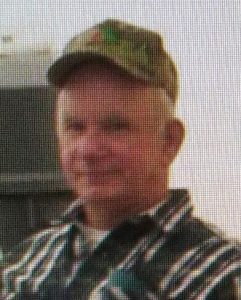 Eugene Edward “Gene” Restoff, 77, of Scheller, passed away at 10:43 A.M., Saturday, October 1, 2022 at his residence.
He worked as a heavy equipment operator for Consolidated Coal Co. Burning Star. Gene was a member of St. Charles Catholic Church in Du Bois and the UMWA. He was an avid coon hunter, enjoyed fishing and hunting, and was a life long farmer. Gene was a United States Air Force Veteran serving from 1965 – 1969.
He was born October 3, 1944 in Chicago, IL, the son of Walter P. and Josephine Mary (Danczyk) Restoff.
Gene married LaVerne Dalman on November 23, 1967 in Du Bois, IL and she preceded him in death on November 12, 2014.
He is survived by two daughters – Francie Landewee and husband David of Scott City, MO, and Jeannie Landewee and husband Todd of Chaffee, MO, four sons – Jim Restoff of Okawville, Bob Restoff and wife Diedra of Tamaroa, Dan Restoff of Tamaroa, and Steve Restoff of Pinckneyville, nine grandchildren – Grace Landewee, Jason Landewee, Aubrey Landewee, Parker Landewee, Tyler Restoff, Megan Restoff, Justin Restoff, Ben Restoff, and Emily Restoff, and one brother – Raymond Restoff and wife Xenia of Scheller.
He was preceded in death by his parents and wife.
Mass of Christian burial will be at 10:00 A.M., Wednesday, October 5, 2022 at the St. Charles Catholic Church in Du Bois with Fr. Dan Jurek officiating.
Military graveside rites will be conducted by the Du Quoin V.F.W. and American Legion and the United States Air Force.
Burial will be in the St. Charles Cemetery in Du Bois.
Friends may make memorials to St. Charles Catholic Church and will be accepted at the funeral home.
Searby Funeral Home in Tamaroa is in charge of arrangements.
For additional information or to sign the memorial guest register, please visit www.searbyfuneralhomes.com.