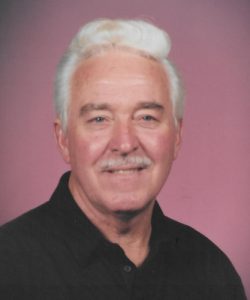 Jim was preceded in death by his parents, Ernest and Grace Smith, great granddaughter: Sierra Wilder, sister: Judy Hopper, brother: Richard “Turkey” Smith, brother- in -law: Darrell ” Jerry ” Miller, and a nephew: Tommy Miller.
Jim graduated from the one room Willow Grove School on Brookside and then went in to join the Air Force and served his country from April 23, 1956 until March 23, 1960.
He started Smith Brothers Concrete with his brother Jack in 1968 and he still owned and operated the business until August of 2022, Jim and Jack bought Centralia Ready Mix in 1978 and later sold the business.

Jim was a concrete finisher his whole life and gave his time and services to many people throughout the years, he was on the school board at Willow Grove for years, was a member of the Demaree United Methodist Church (Cornerstone) and was board member of the church for years. He was an avid softball player and also loved to ride motorcycles. Jim loved his family and was a very caring and giving man.
A Celebration of Life Service will be held Friday, October 7, 2022 at 6:00 pm at the Sutherland-Garnier Funeral Home in Centralia with Mike Sutherland officiating. Military Honors will be accorded at the funeral home by the Centralia American Legion Post 446 and Centralia VFW Post 2055. Visitation will be held Friday, October 7, 2022 from 4:00 PM- 6:00 PM. at the funeral home. A Private Family Burial will be held at a later date at Hillcrest Memorial Park in Centralia with Roger Russell officiating. In lieu of flowers, memorial donations may be made to Sierra Wilder Memorial Park Fund and will be accepted at the Sutherland-Garnier Funeral Home at 235 North Sycamore Street Centralia, Illinois, 62801, (618)532-3523, who is honored to be of service to the Smith Family. Online condolences may be made to the family by visiting www.sutherlandfuneralhome.com and the Sutherland-Garnier Funeral Home Facebook Page.