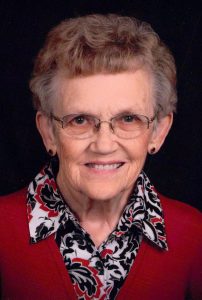 Verdell loved her family and enjoyed spending time with her children and grandchildren.  She will be remembered as a kind and caring person who loved all children, whether they be family, neighbors, or friends.  She was always willing to help her friends and family whenever she was needed.

A Funeral service will be held at 11:00 A.M. on Thursday, January 5, 2023, at Bethlehem Lutheran Church in Ferrin with Rev. Jonathan Jennings, officiating.  Interment will follow at Bethlehem Lutheran Cemetery.  Visitation will be held at the church on Thursday morning from 9:00 – 11:00 A.M.  In lieu of flowers or other gifts, the family suggests memorial donations to Bethlehem Lutheran Church or to the charity of the donor’s choice.  Donations will be received at church or through Zieren Funeral Home, 1111 Clinton Street, Carlyle, IL 62231.  Online condolences can be shared at www.ZierenFuneralHome.com.