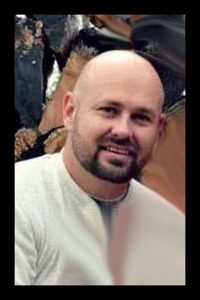 Ryan was a manager at Jung Warehouse in Mt. Vernon, IL.  He enjoyed being outdoors fishing, boating, side by side riding, cooking and he was always ready for time in the pool or a game of cornhole.  Ryan adored his children dearly and loved spending time with him. He was also known as Pratt, super dad, wonderful husband, life of the party and friend to all.  He was always willing to help anyone and worked hard for his beautiful family.

Left to mourn his passing is his wife, Christina Poole-Pratt of Ashley, IL; his children, Conner and Carly Pratt of Ashley; aunt, Brenda (Bill) Bourland of Woodlawn; sister-in-law, Rebecca Poole of Anna; mother and father-in-law, Karen and Garry Poole of Anna; cousin, Garrett Diedrich of Houston, TX; niece, Kyleigh Myers and her 3 children all of Anna; other relatives and friends.

He was preceded in death by his mother, Darla Pratt and uncle John Pratt.

Per the wishes of Ryan and his family, cremation will be performed and a Celebration of Life Gathering will be held at the Campagna Funeral Home in Ashley, IL on Sunday, January 22, 2023 from 5 PM until 8 PM.

Should friends desire, memorials can be made to Conner and Carly Pratt Education Fund and will be accepted by the Campagna Funeral Home.